Be a good and trusted caregiver 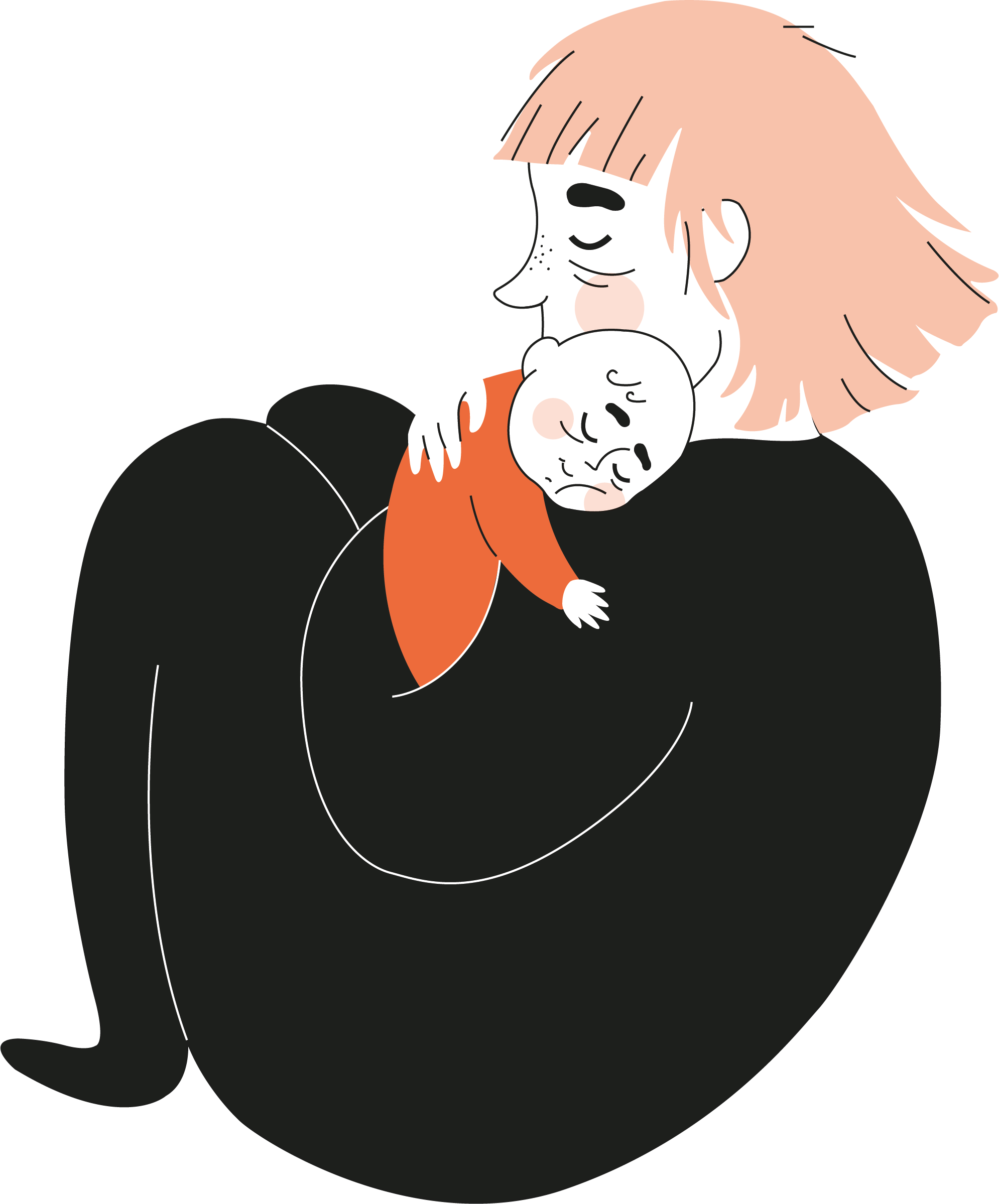 You are the most important person in your child’s life. What you do and say leaves its mark – for better or worse. You need to know what could harm your child and how to deal with difficult demands.

Think about how you react when you get cross, stressed or frustrated. Do you do or say things which aren’t good for you or your child? Remember that help is available.

A good and secure childhood lays a lifelong foundation, and you as the caregiver are the most important person in your child’s life. We know that the consequences of poor care, physical and mental violence and other types of abuse can be great and lifelong. Children are also most vulnerable to disruptions to their development for the first 1 000 days of their life. Very few people deliberately harm their child. But we know that small difficulties can arise when you have an infant, and that these can make you both cross and frustrated – and perhaps cause you to feel that you occasionally lose control. So it’s important to know what can harm your child, and how you can avoid losing control when difficulties arise.

We often think of violence as hitting, kicking, clawing and other kinds of physical assault. But it’s so much more – including actions we don’t plan or consider to be violent. Violence is everything you do which harms, causes pain, frightens or abuses.

Violence towards or between mother and father is also an assault on your child. Witnessing violence can be as damaging as suffering it directly. A child could, for example, see or hear that people hit each other, argue loudly or fight. It becomes frightened and insecure. Certain scientists define being a witness to violence between parents as a form of physical abuse. Other examples of physical violence are the use of words and intonations which threaten, harm, abuse or seek to control others.

Demands can sometimes be so great that we lose control and act in anger. Hitting a child, kicking it, putting it down hard, shaking it or otherwise harming it is very dangerous. This can have serious consequences and, in the worst case, kill it or cause lifelong damage. An infant has a heavy head and a neck which has not finished developing. So shaking it is particularly dangerous. If you find it difficult to think straight, a sensible response could be to put your child gently in a safe place for a few minutes. Use this time to relax before you try to console it again. See also tips 4 and 6 for help on dealing with excessive demands.

We know that a number of people who have been abused in their own childhood may face challenges and difficult thoughts when they become parents themselves. Help is always available, and it’s important that you have the courage to ask for support and guidance if you need it. Some people find it embarrassing and difficult to seek assistance, but remember that you have a better reason than ever before – a baby who’s entirely dependent on you and the care you give it. You’re not alone, and it’s better to ask for too much help than too little.

Injuring or abusing a child is illegal in Norway. It’s in the Norwegian constitution, and in the UN convention on the rights of the child. Any form of violence in childhood can lead to physical and mental health problems and challenges later in life.